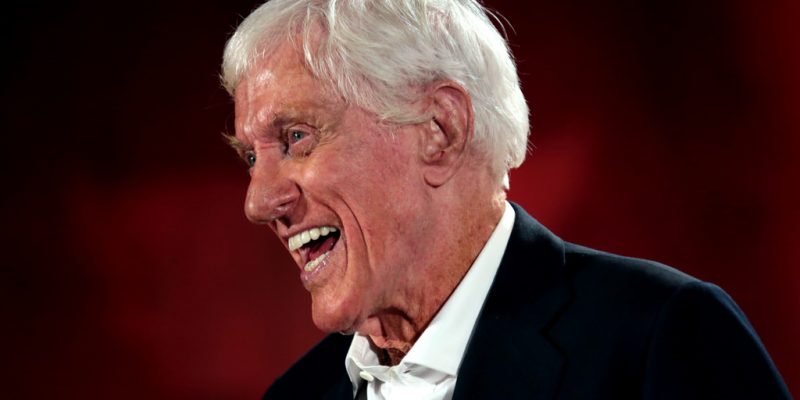 Dick van Dyke led a colorful life off-camera. On-camera, he had a wholesome image. But his off-camera persona was very different. He struggled with infidelity and alcoholism. He was first married to Margie Willet for 36 years. While still married to Willet, he had an affair with actress Michelle Troila Marvin. After his divorce, he went to live with Marvin until her death in 2009 because of lung cancer. She was 76.

Dick van Dyke crossed paths with Arlene Silver during the Screen Actor’s Guild awards dinner in 2006. He was still with Marvin at the time but Van Dyke was smitten with the young woman. He never used to go up to a woman to introduce himself but he did with her. They became fast friends after that. Eventually, he hired her as his personal makeup artist. Working closely together led to them falling in love, which later ended in marriage.

Arlene Silver is several years van Dyke’s junior. She was born in 1971 in New York. she grew up in the hood (in the Bronx) but went to the West Coast for college. She then started a career as a makeup artist.

Despite the age difference, the two are best friends and claim this is one of the secrets to their relationship. The other one is Silver’s maturity. She is so understanding of van Dyke who is very much young at heart. Both Silver and van Dyke have a fun-loving nature.

Working as a makeup artist, Silver was able to earn well. But being married to van Dyke allowed her to live a life of luxury. She is also named his heir to his USD 30 million net worth. Living a comfortable life now, she is able to enjoy fun hobbies and pursue her many interests. One of which is belly dancing.

Silver and van Dyke married in simple ceremonies on February 29, 2012, a leap year. The wedding was so unconventional that Silver did not wear a traditional wedding gown. Instead, she wore a burgundy dress to her wedding. They kept the ceremony simple but made the wedding reception quite lavish, which was held a few months later, in September of the same year.

Even though Silver is half van Dyke’s age, Silver proves to be a solid partner for him. For her, meeting van Dyke was like meeting her own prince charming. She never imagined her prince charming would be legendary actor Dick van Dyke.