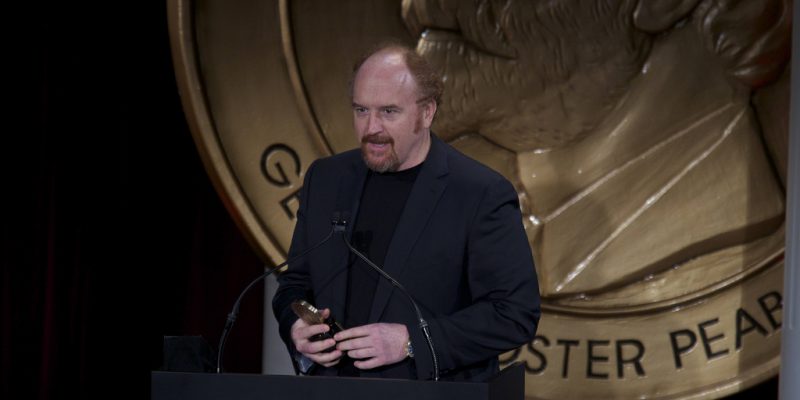 Alix Bailey is a popular painter and actress but she is more well-known as Louis CK’s ex-wife. She starred in some movies and enjoys a successful career as a painter.

Alix was born in 1967 in Washington but grew up in Italy and Connecticut. She takes care of herself and continues working as a painter. Though she and Louis parted ways for some time now, they remain in contact as they share custody of their two children.

A closer look at Alix Bailey

Painting runs in Alix’ family. Her parents are painters and the painting bug bit her at a very young age. She took up art when she studied in Bennington College in Vermont and earned her master’s degree in Fine Arts from Indiana University. She has taken residence in New York City. She has her own painting studio.

She starred in a few films, most likely upon the encouragement of Louis. She first starred in “Tomorrow Night”, a comedy written and directed by Louis. This was way back in 1998 when they were still married.

In 2001, Louis wrote and directed another comedy film called Pootie Tang. Alix took care of all the artwork for the film.

Alix and Louis were steadies for a long time before getting hitched in 1995. She had been there with Louis while he was a struggling actor until he finally rose to fame. They have two children together. Their first child came in 2002, whom they named Kitty. She took on Louis’ real last name, Szekely. Their second child was born in 2005, who they named Mary Louise. Then, after 13 years of marriage, Jill and Louis decided to part ways. Their divorce did not have any of the usual histrionics of separating Hollywood couples. They kept everything private and quiet. They still co-parent their two daughters.

Lately, Louis has been embroiled in sexual harassment controversies. Louis did not deny the allegations and instead admitted he has a problem and regrets his actions. All through this, Alix never said anything to protect their children and their relationship.

Sarah Silverman, a longtime friend of Louis, expressed her support for Louis, saying the incident will allow Louis to move forward and get better, and that Louis is a great father.

Alix earns pretty well for herself, with an estimated net worth of USD 1 million. This is a far cry from Louis’ USD 25 million net worth but his may plummet in light of the controversy and may take some time before he bounces back.

Divorced, yes but Alix can still keep her head held high for she maintained her poise and composure after all that she has been through.