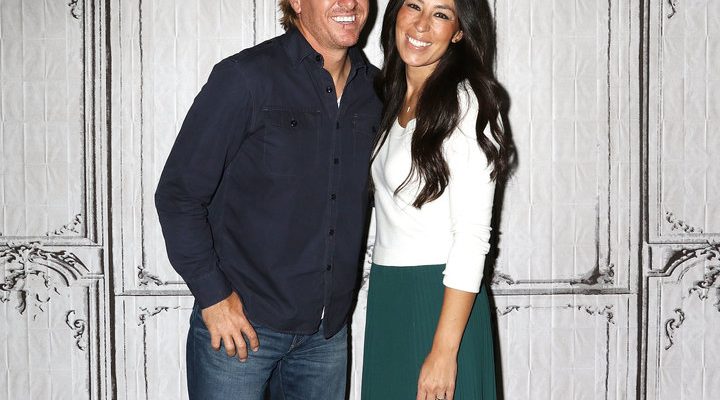 Chip and Joanna Gaines are popular HGTV reality stars, thanks to their hit show, “Fixer Upper.” Their show helped people buy a house for around USD 200,000 and invest USD 30,000 to renovate it. With around 15 years of experience in the business, the Gaines really know what they are talking about.

Chip went to an auto shop owned by Joanna’s dad. They met there as she worked in her dad’s office. They married in 2003. They have 4 children together: Drake, Ella, Duke, and Emmie. In January 2018, they announced that they are expecting again. They got some flak over having a fifth child but they took it all in stride. They live on a 40-acre farm and keep about 60 animals with them. Despite being TV stars, they have no TV set at home.

After getting married, Joanna founded Magnolia Market. This later allowed them to start Magnolia Realty. As husband and wife, they pursued a career building and renovating houses. This led to them landing a deal with HGTV to host Fixer Upper. It became a hit because they showed the potential of old houses after some redesigning. Each house they worked on was unique and quite individual. They salvaged what they can from the old house and repurposed them and included them in the redesign. This sat well with the audience that they were approached a lot by people who wanted them to work on their own fixer uppers. After all, Joanna and Chip gained first-hand experience as they worked on their own home right after their honeymoon.

It was not all a bed of roses for the Gaines who were involved in a controversy involving their former partners in Fixer Upper. It was alleged that they bought out the shares of their former partners without disclosing the HGTV TV deal. The Gaines’ lawyer explained that proper payments were made and information was duy shared. They were looking forward to the dropping of the case. However, after five seasons, they decided to end the TV show to take a break and focus on their growing family.

The couple snagged book deals, out of their popularity. They co-authored a best-selling book called, “The Magnolia Story,” which was about their lives, from the time they got together to everything they experienced as a family and as businesspeople. Soon after, Chip got his own book deal and he published what later turned out to be a bestselling book. It was called “Capital Gaines: Smart things I learned doing stupid stuff.” This time around, he focused on their wins and losses in business.

As a child, Chip dreamt to be in politics or in sports. But fate thought otherwise. Despite his success, Chip has been loyal to the same clothing style since 2003. He patronizes one clothing brand above others and usually wears his signature jeans and boots. And there are no signs of him changing his fashion style soon.

This power couple may have bowed out of TV in the meantime but they would undoubtedly bounce right back with newer and fresher ideas in the future.