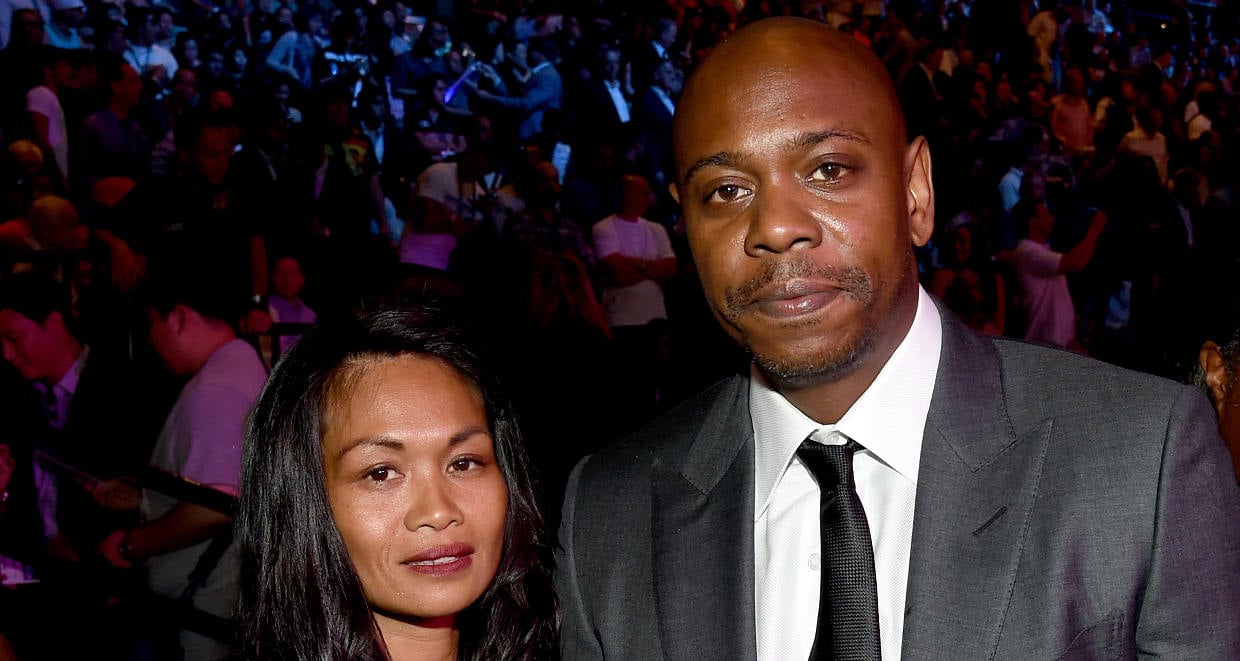 Dave Chappelle is a charming American comedian, actor, writer, and producer. He rose to fame via his role in “Robin Hood: Men in Tights” in 1993. He continued to star in other comedies but got his first lead role in 1998 in the movie “Half-Baked.” In 2003, he further established himself as a comedian by starring in “Chappelle’s Show,” his sketch comedy TV series. He co-wrote the show with Neal Brennan, who also co-wrote “Half-Baked” with him. However, in 2005, he left the show, and went back to stand-up comedy. He was lauded by various bodies for his comic genius. In 2017, Rolling Stones magazine named him as one of the 50 Best Stand Up Comics of all Time, putting him at #9.

Behind his success is his ever-supportive wife, Elaine Chappelle. They married in 2001 and have 3 kids together, 2 sons and a daughter. The family lives in a 26-hectare farm in Yellow Springs, Ohio.

Being a celebrity, it is not surprising that the public clamor to know more about Chappelle’s wife, Elaine. Elaine Mendoza Erfe was born in Brooklyn, New York in 1974 to Filipino parents. She has devoted her full attention to taking care of her husband and their children. She dreamt to be a chef but did not pursue it anymore when she married Chappelle. She is a very private person, and she and her husband have kept it that way since they got married. There are a few occasions when they are seen together, like attending red carpet events, some fundraisers here and there, and a few public outings.

Chappelle guested in Howard Stern’s radio show and the latter razzed him about Elaine, while they were still steadies, especially when they learned she was not black and a Filipina to boot. But Chappelle remained tight-lipped and did not give away information, just some short answers. What he did let out was that he met his petite wife (she is only 5’1”) in Brooklyn, New York, and that she is a Filipina but does not speak Tagalog.

Jill Rhodes Wiki: Facts about the wife of Sean Hannity