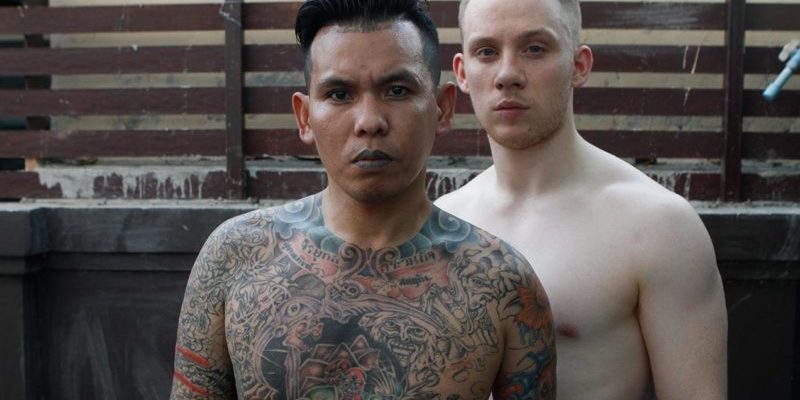 For some reason, people love a good prison story. Especially the violent movies & documentaries always attract a crowd. We have made a selection of those great tough guy prison movies, but also got a few that can better be considered as good drama movies.

Prison: A Prayer Before Dawn

French director Jean-Stephane Sauvaire tells the story of Billy Moore’s time in Chiang Mai and Klong Prem prisons. Jonathan Hirschbein and Nick Saltrese wrote the screenplay based on Moore’s memoir, A Prayer Before Dawn: My Nightmare in Thailand’s Prisons. Joe Cole stars as Billy Moore, a British boxer that was caught for possession of a firearm and stolen goods while in Thailand. While in prison, Moore found himself involved in drugs and violence. He used his boxing skills to fight his way towards freedom. The movie came out in the UK in July 2018, and in the US in August 2018. Though it only grossed USD 310,035 at the box office, the production got positive reviews. This is despite of its R rating. Critics acknowledged that the graphic depiction of the violence in prison can be difficult to behold but the storytelling is immersive and powerful. Other found the facts themselves not gripping enough.

Based on the novel by Roslund / Hellstrom and under the direction of Andres Di Stefano comes The Informer, one of the top picks on The Vore’s 2019 Prison Movies on Netflix, Hulu and Prime. Joel Kinnaman headlines the movie, along with Clive Owen, Rosamund Pike, and Common. Set for release in March 2019, it is produced by Thunder Road Pictures and distributed by Aviron Pictures. This is the story of Pete Koslow, played by Kinnaman, an ex-con who just wants to lead a normal life with his wife and daughter. But the FBI got him to be their inside guy inside a maximum-security prison and bring down the drug trade run by the Polish mob there.

Sylvester Stallone comes back with a sequel to his successful Escape Plan movie in 2013. Directed by Steven C. Miller, Escape Plan: Hades was distributed by Summit Entertainment and Lionsgate straight to DVD in the US and enjoyed a theatrical run in Russia, Italy and China in 2018. Unfortunately, it only made USD 14 million, from a budget of USD 20 million. Stallone reprises his role as Ray Breslin. After his escape from The Tomb, he trains a new team and continues operating his business. When one of his guys disappears, he tracks him down to learn that it was all for revenge. It got killed by critics. Judge for yourself, you can watch it online now.

Written and directed by Matthew Cooke, the Survivors’ Guide to Prison is a documentary that delves into the US prison system. Susan Sarandon, David Arquette, Christina Arquette, Gina Belafonte, along with Cooke and a host of others, produced this documentary. The film was able to get additional funding through an Indiegogo campaign, where they raised USD 29,000. The documentary came out in February 2018 and got a 100% approval rating in Rotten Tomatoes. Various celebrities appeared in the production like Danny Glover, Danny Trejo, Ice T, Deepak Chopra, Macklemore, Quincy Jones, and more. It is narrated by Cooke and Sarandon, and speaks of solitary confinement, life after incarceration, and plea bargains.

Romany Malco, of Think Like a Man and The 40-year Old Virgin fame, writes, directs, and headlines this mockumentary. He stars as Tijuana Jackson or TJ, an ex-con who is about to go on parole and his dream of becoming a famous motivational speaker. His strict and no-nonsense parole officer (played by Regina Hall) keeps him in check but he won’t let her stop him from pursuing his dreams, even if it means violating his parole and facing more jail time.