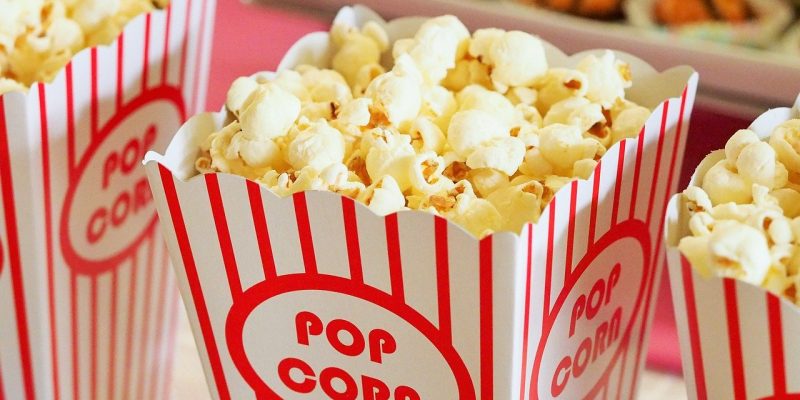 Comic books have always been a genre with a massive following. They told stories in a unique, “visual” way – as opposed to “traditional” books that left pretty much everything to a reader’s imagination. Through their visual nature, they shaped the image of heroes and villains – not even today’s creative Hollywood movies dared to distance themselves too much from the image imprinted in our collective consciousness by the original creators and artists dreaming them on paper for the first time. What could be a better meter of the popularity of comics than the popularity of comic conventions? The the most popular comic conventions in the world routinely attract tens of thousands of visitors. So it’s not a surprise that comic book movies are also very popular, especially since the massive success of Marvel’s “Avengers” series.

Comic book movies have been made in the past but none of them had the hype – and the revenues – of the Marvel Cinematic Universe. Its success has prompted Hollywood to dive even deeper into the vast archives of the comic book universes and produce even more films for our viewing pleasure. So, let’s take a look at some of the most exciting ones we can expect to see this year.

Last year, the first decade of the MCU came to a close with an epic – and very successful – closing piece. The Avengers travelled through time and space to defeat Thanos, one of the most powerful Marvel villains ever created. This doesn’t mean, though, that the Avengers can sit back – there are still enough powerful entities left to fight. And this means many new Marvel movies to come in the coming years.

One of the most highly anticipated MCU movies set to be released in 2020 is “Black Widow”, telling the origin story of the former KGB agent / former Agent of S.H.I.E.L.D. / Avengers member Natasha Romanoff. The film is directed by Cate Shortland, a newcomer in Hollywood but with enough international awards under her belt, and will feature – aside from the protagonist Scarlett Johansson – actors like David Harbour, William Hurt, and Academy Award winner Rachel Weisz. The film is set to be released on May 1st.

“The Eternals” will be the first movie to bring us into the new phase of the MCU. This will be the first big-budget production of director Chloé Zhao, giving her the chance to work with seasoned professionals like Angelina Jolie, Salma Hayek, and Kit Harrington of Game of Thrones fame. The movie will tell the story of the Eternals, a group of aliens living in secret on Earth who reunite to protect humanity of the Deviants, their evil counterparts, after the events of Avengers: Endgame. The movie will be released in November.

The X-Men – one of the most exciting teams in the Marvel universe – have lived a cinematic life of their own (until the release of “Dark Phoenix”, at least). Last year, they joined the MCU after Disney’s acquisition of Fox – so we can now hope for Deadpool to be a member of the Avengers someday. But work on “The New Mutants” was started long before the merger. The movie will be a horror, telling the story of a group of young mutants held in a secret facility until they decide to use their powers to set themselves free. The film is directed by Josh Boone (The Fault in Our Stars), who is also directing the 10-part CBS miniseries “The Stand”, and will feature a young cast, including GoT’s Maisie Williams. The movie will hit the theatres on April 3.

The Spiderverse is another Marvel superhero universe thriving outside the reach of Disney. While Spidey did venture into the MCU, joining the Avengers for the Endgame, there are still enough heroes and villains there to warrant an extended movie universe. This year’s newcomer from the Spiderverse is Morbius, the Living Vampire, who gets his solo movie this year. Michael Morbius (Jared Leto), the Nobel-winning biologist suffers from a rare blood disease that he hopes to cure using vampire bat DNA. As you might expect, things don’t go as planned: he turns into a vampire, complete with fangs, vampire strength, and an insatiable thirst for blood. Like Venom, Morbius is an anti-hero in the Spiderverse – while his methods are horrifying, his heart (or whatever he has in his chest) is in the right place. The movie will be released on July 31st.

The DC cinematic universe is a bit chaotic at this time. On TV, we still have series featuring numerous well-known heroes – Arrow, The Flash, the Legends of Tomorrow, Supergirl – and we’re getting another one: “Superman & Lois”, which will make its debut on the American channel CW in the near future. On the big screen, in turn, things are not this simple.

This year, we’ll have the chance to reunite with Diana Prince aka Wonder Woman in “Wonder Woman 1984”. This sequel to the first film will also be directed by Patty Jenkins and will see the return of Chris Pine in the role of Steve Trevor, Wonder Woman’s love interest from the 2017 movie. The film will be released on June 5th.

Another highly-anticipated film will be “Birds of Prey (and the Fantabulous Emancipation of One Harley Quinn)”, featuring some of the most interesting female characters in the DC Universe: Harley Quinn (Margot Robbie), Huntress, Black Canary, and many others. The DC antihero ensemble will set out to protect a young girl from the evil crime lord Black Mask (Ewan McGregor). The movie is set to be released on February 7th.

Surprising as it may sound, there’s life beyond Marvel and DC’s flashy superheroes. With the rise of the popularity of comic book movies, independent stories are also being adapted to the big screen.

One of the most highly anticipated ones is “Bloodshot”, based on the Valiant Comics superhero of the same name, starring Vin Diesel. Bloodshot is a marine who is turned into an unstoppable killing machine through nanotechnology. They wipe his mind but to no avail: when he regains his memories, he turns on his creators to avenge the death of his family. “Bloodshot” will be released on March 13.

“The Empty Man” is another promising project, based on the graphic novel of the same name published in 2014. The movie follows an ex-cop that tries to find a missing girl but stumbles upon a secretive cult that tries to summon a supernatural entity. Cullen Bunn and Vanesa R. Del Rey’s award-winning graphic novel is turned into a feature film by screenwriter/director David Prior. The movie is set to be released on August 7th.

Finally, let’s not forget about “The King’s Man”, a prequel to the successful “Kingsman” series. Loosely based on the comic book series created by Dave Gibbons and Mark Millar, the film will feature actors like Ralph Fiennes, Rhys Ifans, Djimon Hounsou, and GoT veteran Charles Dance. The movie is set to be released on September 18th.

What to do when you get seriously ill abroad?