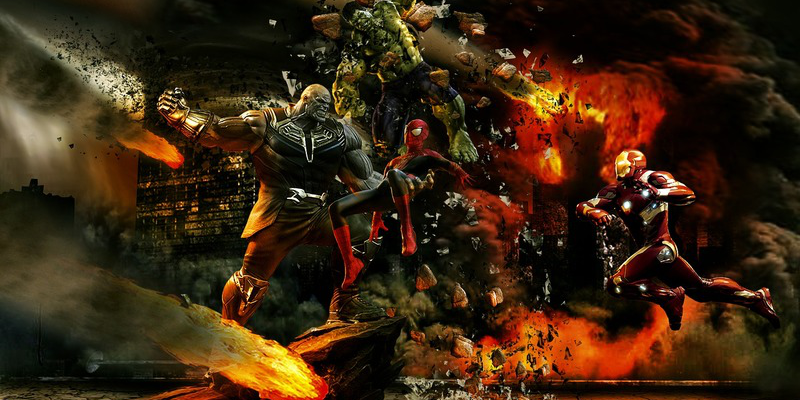 Marvel fans around the world united in celebration recently after it was announced that Hollywood superstar Tom Hiddleston will be stepping back into supervillain Loki’s shoes for a brand new TV series. After months of speculation over what a Disney-backed Marvel series would look like, it was revealed at the latest San Diego Comic-Con that a series centered entirely around the God of Mischief himself.

In the weeks after the announcement last summer, some had even speculated that Hiddleston would not be invited to reprise his most iconic role, predicting that Disney would choose a younger, fresher face to promote one of their first homegrown series for their Disney+ streaming platform.

However, those rumors were recently put to bed when Hiddleston himself confirmed on the Jimmy Fallon Show that he would indeed be starring in the entirety of the series. Beyond this, facts on the ground are hard to come by.

Disney has been tight-lipped about this project, refusing to discuss the details beyond the fact that we can expect a release date for some time in early 2021. There is no doubt that the biggest entertainment and gossip sites will be searching under every rock for any information they can find in the year ahead.

One person that did give us a sneak preview is Disney’s own Marvel prop master, Russel Bobbitt, who took to Twitter to share a video of the latest prop he is working on for Loki, which appears to be a version of the scepter that was infamously given to him by Thanos. Here’s what else we know about the project, and what we can expect from Tom Hiddleston in the year ahead.

The Loki TV Series: Everything We Know So Far

Like all of the post-Endgame projects under development by Disney at the moment, Loki is shrouded in secrecy. What we do know is that the series is going to focus more heavily on Loki’s origins pre-Avengers, following him as he causes havoc across space and time with adventures that will land Loki in the middle of a number of major historical events.

We also have reason to believe that this series will require a much lighter performance from anything we have seen from Hiddleston in recent years. The head writer for the series is Michael Waldron, who rose to fame originally through the comedy cartoon series Rick and Morty.

In addition, Kate Herron, the director of the hit Netflix teen series Sex Education, has been recruited to direct and write. This suggests that Disney may be heading for a more comedic approach with the new series. The rest of the cast has yet to be revealed, but Disney has said that some old friends and foes from the original Avengers films will be making an appearance.

Will Loki Be a Hit?

There are plenty of different directions Disney could have gone down after Endgame wrapped up, but it’s clear that focusing on Loki is a safe bet. Hiddleston’s character was a fan favorite from the very beginning, with Loki spawning a cult following as well as a lucrative merchandise empire. Loki merch such as the Target range of t-shirts and accessories are consistent best-sellers, while authentic recreations of his famous scepter regularly sell for hundreds if not thousands of dollars.

Hiddleston has also proven to be a hit within the gaming community. Aside from the chart-topping success of the Avengers console games, Loki gets top billing in the smash-hit Legends of Loki slot game available to play online on a number of casino sites. The enduring success of one of Marvel’s most iconic characters suggests that the upcoming TV series will be a safe bet for Hiddleston and for Disney.

What’s Next for Hiddleston?

Recent shots of Hiddleston hitting the gym like a superhero to get in shape for his upcoming role might have some people believe that Loki is the only project he has time to work on right now. However, it seems that Hiddleston is facing a very busy year indeed. He is currently on set for the film adaptation of the acclaimed Frank Miller graphic novel Hard Boiled, about a Terminator-like robot that goes on a violent rampage after learning about his true identity. He has also said in interview that he has ‘a number of projects’ currently on the go, but has yet to reveal them.

Hiddleston fans and Marvel fanatics alike will be counting down the days until Loki finally returns to our screens. Watch this space for more updates.

The CBD Oil Hype: These celebs love it

Canadian Super Producer Deadmau5 Gets Own Slot from Microgaming