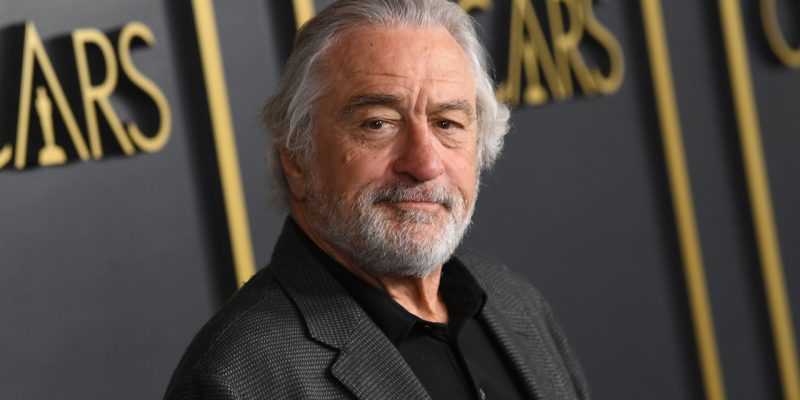 Robert De Niro is an Oscar-winning actor, director, and producer. His partnership with filmmaker Martin Scorsese gave rise to his near 60-year long career. Admittedly, any film including Robert De Niro is likely to accompany some of Hollywood’s best lines. While impossible to highlight each of his finest roles and iconic moments; here is a look at his greatest quotes from his top movies.

This American crime based on the novel Wiseguy stars Robert De Niro as StreetSmart Jimmy Conway. This film was nominated for six Academy Awars and until today is still regarded as one of the best ‘gangster’ films ever made. Apart from the fame achieved from the content and style of the film, De Niro’s role left some memorable quotes that are still remembered today.

Namely “Never rat on your friends and always keep your mouth shut”; which Conway (DeNiro) says to Henry Hill has become an iconic line of the film after he tells him that he’s proud of him; “you took your first punch like a man and learned the two greatest things in life”.

This is perhaps one of Scorse’s most accomplished yet overlooked works. A competition of a mafia enforcer and casino executive depicted through a cinematic masterpiece of crime and drama gripping the audience at every scene, just like the gripping gaming content offered at Platincasino. The characters of these movies are always so compelling that people find themselves quoting them in everyday life.

Ace, (De Niro’s character) explores a range of themes in this film, such as the trust Ace places in his wife, which then disappoints him:

“When you love someone, you’ve gotta trust them. There is no other way. You’ve got to give them the key to everything that’s yours. Otherwise, what’s the point?”

Ace’s appointment to be the new director of the casino, creates credibility and power within the character, which is enforced when he says:
“That’s the truth about Las Vegas. We’re the only winners. The players don’t stand a chance”.

This epic crime contrasts the life of father (Vito Corleone) and son (Michael Corleone) by throwing the audience back and forth to events of betrayal and violence. Considered to a monumental pinnacle of cinema and is still greatly appreciated until today. Each line is packed with emotion and delivered in a way still heavily ingrained in the minds of many today.

Perhaps the most famous line of Vito; “I make him an offer he don refuse. Don’ worry”. Through which Vito creates a sense of domination of his power. This power is further shown and emphasised when he says “Ask your friends in the neighbourhood about me. They’ll tell you I know how to return a favour.”

Robert De Niro plays the role of hitman Frank Sheeran in ‘The Irishman’. Another one of Scorcese’s works, without the same praise and impact as the ones of before. Sheeran relooks at the secrets he kept while being a loyal patron to the Bufalino crime family and all the best lines of the film come from De Niro himself.

His description of subtle lingo; “whenever anybody says they’re a little concerned, they’re very concerned.” Even though here De Niro is referring to his business, this is something that can be applied to everyday life, specifically with teachers, parents and even partners.

Frank later speaks to the audience, a single line that is so true it lives beyond the movie; “you don’t know how fast time goes by until you get there”.

The film is an unapologetically crime-filled genre. It explores the infested crime underworld through the eyes of the character New York. Perhaps Scorcese’s most definitive work by giving charisma and personality to the city of New York, representing its cynical view of the Vietnam War and represents the flawed villain that is Robert De Niro.

One of the funnier quotes of the film is when Travis takes Betsy out on a first date and says “One of these days, I’m gonna get organized” in a heavy contrast, he is later depicted as one of the most disturbed individuals in a film, referring to himself in the third person and making himself the man of the moment; “here is a man who would not take it anymore”.

Robert De Niro is undoubtedly one of the most respected and revered actors of our generation. We can only expect more from the award-winning actor soon.

How to Choose the Best Slot Game for Beginners?

Tips that will help you to Speed up a Slow Computer