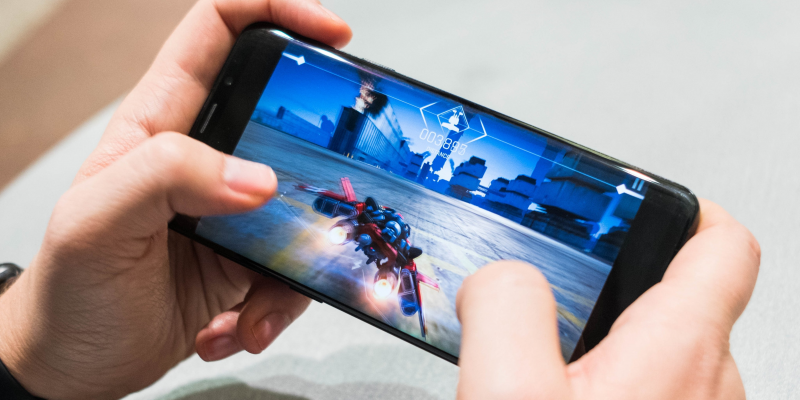 Mobile phone gaming has always had its critics who simply can’t warm to it ahead of playing on a more sophisticated and graphically advanced console. It’s understandable to some but, in the background, gaming on a phone has surged in terms of its popularity.

When it comes to popular forms of entertainment in the modern world, smartphone gaming is still very much one of the most common. Of course, people away from gaming access a vast array of books on Kindle, fitness enthusiasts have well and truly brought into Fitbits, then there’s a whole host of other gaming devices like the Nintendo Switch and the newly-released PlayStation 5.

Despite the sheer amount of entertainment options on our technologically advanced planet, mobile phone gaming is thriving, though. But why is this? What is the appeal of gaming on a phone in 2021? Here’s a look at a few reasons as to why the appeal is still very much there.

The majority of the world’s population has access to a smartphone these days, therefore bringing with it the option of accessing a whole host of games in the process. Most mobile phone games are easy to download, they can be picked up within a matter of seconds, and they can be dipped in and out of as you get on with your day. For example, games like the recently released Polar Ice slot machine for players in Canada and a hugely popular game over the last few years in Pokemon Go can be loaded up and played with ease while on your morning commute to work or while queuing up. Console gaming, on the other hand, requires far more of a commitment. The games are generally harder and much more detailed, therefore requiring far more time to actually sit down and play them. Not everyone has that sort of time or even the desire to do that. Gaming on a phone is certainly more consumer-friendly in that respect, opening up a variety of games to a number of different target audiences.

From playing the likes of Tetris and Snake to having the opportunity to enjoy console games like Fortnite on mobile, today’s sophisticated smartphones are able to host better games than ever before. So much so, in fact, that games developers are taking the time to release the mobile versions of games simultaneously with the console and PC versions of games. On top of this, there’s an array of gaming accessories for the phone too which help elevate the all-round gaming experience on a phone. There’s VR headsets and joysticks, alongside a whole host of useful add-ons.

Gaming on a console isn’t cheap. Buying the console itself isn’t affordable to many people, then there’s the games on top and additional purchases some games tempt you into making along the way. There’s certainly a strong argument to make around the affordability of console gaming and whether or not it is simply too expensive right now. Alternatively, most mobile phone games are either cheap or free. Smartphone gamers have access to a comprehensive selection of games, all they need is AppStore or Google Play. A number of different titles can be played without spending a penny too, therefore giving mobile gamers the option to tryout a game without breaking the bank.

Fun and easy to grasp

Mobile games are generally easier to pick up and grasp than what tends to be complicated console games for experienced gamers. Mobile releases are fun to play, and there’s a game out there for everyone.

Night out or Night in? We Look at How Online Gambling Compares to Las Vegas